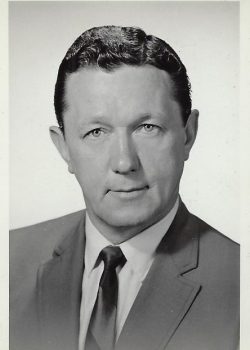 William G. Fletcher, age 96, a longtime resident of Taylor, passed away Monday morning after a recent illness. He is survived by his beloved wife, Irene (Drag) Fletcher. The couple remarkably celebrated their 69th wedding anniversary on July 28th.
Born on December 2, 1923, to the late George and Mary (Burns) Fletcher, William was raised in North Scranton and educated at the former Scranton Technical High School. A proud Army Air Force Veteran of WWII, he bravely served throughout Asia while being awarded the Good Conduct, American Campaign, Asiatic Pacific Campaign with two bronze service stars and WWII Victory Medals before his honorable discharge from service on January 30, 1946.
Upon his return from war, he raised his family and began a career in insurance sales, working as a licensed agent for Bankers Life Co. for 35 years prior to his retirement.
He loved the outdoors, never missing an opportunity to fish and hunt, and a longtime area golfer, he was a fixture on the greens of Pine Hills Country Club. He was giving, generous, thoughtful and kind, and his greatest joy in life came in spending time with his grandsons. Always active in their lives, he was so proud of each of them. He’ll forever be missed by family and friends.
He is also survived by his loving family, daughter, Joyce Siminski and husband Carl of Port St. Lucie, Florida; his daughter-in-law, Suzanne Fletcher of Moosic; his three grandsons, Jason Siminski, Jamie Siminski, and Ryan Fletcher; his five great grandchildren, Lukas, Kira, Ashley, Sebastian, and Bria Siminski; a brother-in-law, Richard Drag and wife Lottie Marie of Palm Harbor, Florida; and nieces and nephews.
He is now reunited with his loving son, William Fletcher, who in 2011 preceded him in death. Also preceding him in death were sisters, Dorothy Crofton and Marie Dearing.
His family wishes to thank Dr. Kenneth Sebastianelli, Dr. Jerald Gilbert and the entire staff of Mountain View Care Center for the tremendous care taken of William.
Funeral services from the Thomas P. Kearney Funeral Home, Inc., Old Forge, with Mass of Christian Burial, and entombment to follow – all will be strictly private.
In lieu of flowers, memorial contributions may be made in William’s name to S.S. Peter and Paul Church, 1309 W. Locust Street, Scranton, PA 18504