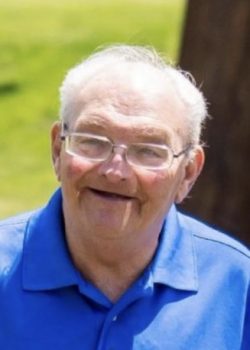 Stanley “Zeke” J. Dubernas, Jr., age 71, a lifelong resident of Old Forge, passed away Wednesday afternoon at the VA Medical Center, Wilkes Barre, after an illness. He was preceded in death by his beloved wife, Diane Marhelski Dubernas, on May 3, 2004.
Born on September 14, 1948, raised in the Austin Heights section of Old Forge and son of the late Stanley J., Sr. and Stella Scubelek Dubernas, Stanley attended Old Forge High School before proudly serving in the U.S. Navy during the Vietnam War prior to his Honorable discharge. A former heavy equipment operator and truck driver, Zeke was employed by several local companies before working for Letica Corporation of Pittston, where he worked until his retirement.
A man of the outdoors, he loved hunting and fishing. He enjoyed watching PSU Nittany Lion football and rooting for the Washington Redskins. He also loved his collectibles, collecting anything and everything.
Of Roman Catholic faith, he belonged to the former St. Stanislaus Church in Old Forge, now Prince of Peace Parish. Zeke will long be missed by family and friends.
He is survived by his children, sons Jason Dubernas, Old Forge Borough’s Chief of Police, and wife Rachel of Old Forge and Jeffrey Dubernas and fiance Jennifer of Wilkes Barre and daughter Suzanne Ryman and husband Dale of Moosic; his brother, Stephen “Harv” Dubernas of Old Forge; three granddaughters, Arianna, Mya and Brianna; a great granddaughter, Kali; and nieces and nephews.
His family would like to acknowledge and thank the entire VA Medical Center staff, especially the Intensive Care and Hospice units for the tremendous care they provided.
A Blessing Service by Rev. August Ricciardi is scheduled for Tuesday at 10:00AM at the Thomas P. Kearney Funeral Home, Inc., 517 North Main Street, Old Forge. Interment with military honors by the AMVETS Honor Guard will follow at St. Stanislaus Cemetery, Old Forge.
Relatives and friends may pay their respects on Monday between 4-7:00pm at the funeral home.