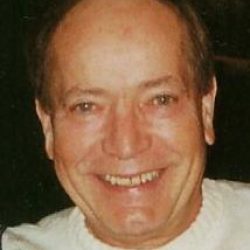 Robert (Bob) Kresge, a lifelong resident of Scranton, passed away Friday evening at Allied Hospice in Scranton, after an illness. He is survived by his loving wife and caregiver, Judith Naughton Kresge.
Born in West Scranton and son of the late Lawrence and Pearl Alvord Kresge, Bob was a graduate of West Scranton High School before enlisting in the U.S. Navy, where he proudly served before his Honorable Discharge from service. For over 27 years prior to his retirement he worked for Procter & Gamble Co. in Mehoopany. Of Roman Catholic faith, he was a longtime member of St. Patrick’s Church Parish in West Scranton.
A loyal fan of Philadelphia Eagles’ and Penn State Nittany Lion football, Bob was also an avid golfer and bowler, having played in numerous local leagues for decades. A memorable humor and a dear love for his grandchildren, Bob’s memory will forever live on through his family and friends. At peace, he will be forever missed.
He is also survived by his three adoring children, Robert Kresge and wife Robin, William Kresge and companion Linda, and Karen Kresge and fiance Tim, all of Scranton; his sister, Dolores Kachinski and husband Len of Clarks Summit; five grandchildren and five great grandchildren to their beloved “papa”; and two nephews.
Siblings, Phyllis Ann and Joseph Kresge, also preceded him in death.
His family would like to acknowledge and thank the entire staffs of both HHCP and Allied Hospice for their collective care, compassion and kindness during such a difficult time.
Funeral services are scheduled to begin on Thursday at 9:15 AM from the
Kevin K. Kearney Funeral Home, Inc., 125 North Main Avenue, Scranton, with a 10:00AM Mass of Christian Burial at St. Patrick’s Church, 1403 Jackson Street in West Scranton, to be celebrated by Rev. Richard Fox, Pastor. Burial, with military honors by the AMVETS Honor Guard, will follow at Fairview Memorial Park, Elmhurst Twp.
Relatives and friends may pay their respects on Wednesday between 4-7:00PM at the funeral home. In lieu of flowers, memorial contributions may be made in Bob’s name to St. Jude Children Research Hospital, 501 St. Jude Place, Memphis, TN 38105.