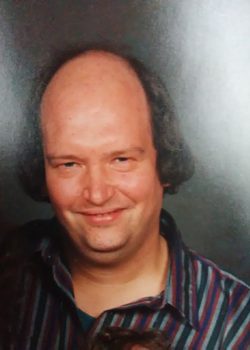 Richard “Duke” Dukauskas, age 68, a lifelong Scranton resident, passed away Saturday morning at The Gardens of Scranton, after an illness. He was preceded in death by his loving wife of 14 years on March 18, 2001, Marsha (Ayers) Dukauskas.
Born in Scranton on June 20, 1951, and son of the late Joseph J. and Anna T. (Platus) Dukauskas, Richard was educated at West Scranton High School. A former member of St. Michael’s Catholic Church in West Scranton, he worked as a diesel mechanic, most recently for Notarianni Produce, prior to his illness. A loving and caring son, father, husband and brother, he will be dearly missed by family and friends.
He is survived by his son, Nicholas Dukauskas; a step-daughter, Robin Dunio Novak; three siblings, Sue Phillips and husband Barry, Carol Grajcar and husband John and Gerald Dukauskas and wife Kathy; and nieces and nephews.
He was also preceded in death by his brother, Daniel “Duke” Dukauskas, on October 9, 2019.
His family would like to thank both staffs of The Gardens of Scranton and Compassionate Care Hospice for the tremendous care and kindness shown to Richard throughout his illness.
Duke’s life will be celebrated privately with arrangements under the care of the Kevin K. Kearney Funeral Home, Inc., 125 North Main Avenue, Scranton.