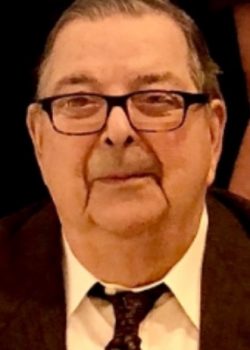 Leonard S. Maldonato of Scranton passed away Friday at Mountain View Care Center in Scranton. Leonard would have celebrated his 90th birthday on July 6th. He was a strong and healthy man, however he passed due to complications of the COVID-19 virus.
He is preceded in death by his wife of nearly 40 years, Gloria Trainor Maldonato, on February 7, 1999. Born in Scranton, son of the late Joseph and Josephine Vitellaro Maldonato, he was a graduate of Scranton Central High School before attending the University of Scranton. He proudly served in the United States Navy during the Korean War. Before his retirement, he was employed as a florist for his dear friends, the Naeher family, at Buchner’s Flower and Gift Shop in Scranton for almost three decades.
After retirement he worked as an usher at the Lackawanna Stadium, a job he truly loved. He was an avid sports fan cheering for all the New York professional sports teams. He was a man of faith but most of all he was a family man. “Papa” loved to attend his grandchildren’s sporting and special events. He was generous to a fault and when he came to your house, he was never empty handed. You could never enter Leonard’s home or room without him offering you something to eat or drink.
Len enjoyed his day trips to Atlantic City and his scratch-off lottery tickets. Everyone knew that at 7:00 pm he had to watch the numbers be drawn.
He is also survived by his three loving sons, Joseph Maldonato and wife Mary Kay of Scranton, Leonard Stephen Maldonato, Jr. and wife Lynn of Taylor and John Maldonato and wife Teri of Dunmore; his sister, Joan Alubowicz of Myrtle Beach, S.C.; his nine adored grandchildren; Apollonia Maldonato and fiancé Anthony Delia, Colin, Christian, Marissa and fiancé Paul Seaman, Nicole Gaul and husband John, Heather Cuff and husband Chris, Ross Gatto, Matthew and wife, Angela, and Nicholas Maldonato; five great-grandchildren; Michael, Aurora, Josephine, Alaina, and Ethan; and nieces and nephews.
Private funeral services will be from the Kevin K. Kearney Funeral Home, Inc., 125 North Main Avenue, Scranton, with burial to follow at St. Mary Mount Carmel Parish Cemetery in Dunmore. In lieu of flowers, memorial contributions may be made in Leonard’s name to St. Francis of Assisi Kitchen c/o 500 Penn Ave, Scranton, PA 18503.