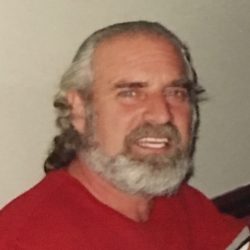 James Ross Palermo, age 68, of Taylor, passed away Sunday at Allied Hospice in Scranton, after an illness. His beloved wife of 22 years, Mary (Ressa) Palermo, survives.
Born in Scranton on February 27, 1950, James was the son of the late Samuel, Sr., and Nancy Versage Palermo. Owner and operator of several business prior to illness, his most recent was in the construction and blacktopping field. Among numerous hobbies, his favorite was day trips to the casino. Above all was his love for and time spent with his adoring grandson, Blake.
James had a huge heart. He was extremely loving, generous and caring, and his selflessness will forever remain his legacy; He would give to anyone in need. He will be dearly missed by all who loved him.
James is also survived by his four loving children, Shawn Palermo and Sandra Valez, both of Scranton; Athena Palermo of Greentown; and Regina Palermo of Taylor; a grandson, Blake; siblings, Michael Palermo of Scranton; Lucille Balles of West Pittston; and many nieces, nephews and friends, especially his longtime best buddy, John Hockenberry. A brother, Samuel Palermo, Jr., also preceded him in death.
A Mass of Christian Burial is scheduled for Friday at 9:30 a.m. at Holy Rosary Church, Mary Mother of God Parish, 316 William Street in Scranton. Those attending the funeral are asked to go directly to church. Interment, private.
Arrangements are under the care of the Thomas P. Kearney Funeral Home, Inc., 517 North Main Street, Old Forge.