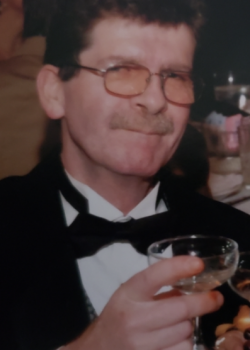 James L. Mills, age 69, of New Milford, passed away Sunday at Moses Taylor Hospital in Scranton, after an illness. He is survived by his beloved wife, Linda (Biko) Mills. The couple celebrated their 37th wedding anniversary on June 12th.
Born in Scranton on June 12, 1950, and son of the late Albert and Theresa Bouselli Mills, James was a graduate of Dunmore High School. Prior to illness, he worked as a salesman for Falcone Beverage Distributors, Pittston.
An outdoorsman and avid fisherman, some of his best memories were made while on fishing trips in Canada. A well-known local pool player, he was a fixture in the Scranton Pool League. Above all else, he was most passionate about his music. He loved singing and playing the guitar.
Now at peace, he’ll forever be missed by his loving family and longtime friends.
He is also survived by his children, Marc Layland wife Kristi of Exeter, Fiore Mills of Dunmore, Ralph Layland and wife Erin of S.C., and Kerri Gallagher and husband Bill of MD; brothers, Al Mills and wife Eileen of Wilkes Barre and Patrick Mills of Scranton; 7 grandchildren; and nieces and nephews.
A son, Jesse Mills, and a brother, Don Mills, also preceded him in death.
Private services are are under the care Thomas P. Kearney Funeral Home, Inc., 517 North Main Street, Old Forge.