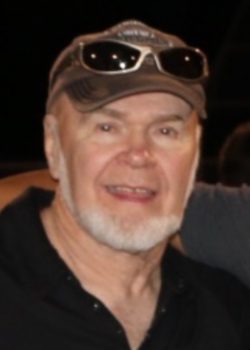 Harold “Harry” Leigh Jones, age 75, a Taylor native, longtime Moosic resident, and most recently of Clarks Summit, passed from this life into glory on Friday.
He is survived by his best friend and beloved wife, Susan (Berlew) Jones. The couple celebrated their 53rd wedding anniversary on Tuesday.
Born on June 2, 1945, and son of the late David, Sr. and Emily (Digwood) Jones, Harry was a 1963 graduate of the former Taylor – Moosic High School. He was a longtime employee of Fitchburg Coated Paper Products before he began working for REM – New Jersey. After REM, he was hired by Walmart’s distribution center in Tobyhanna where he worked for the past 17 years.
Along with his wife, he was also co-owner of Berlew’s Hoagies, a staple in the Moosic community for generations. A tireless lifetime work ethic, he was also a part-time mechanic for Lane’s Cranes in Moosic.
Harry loved all things outdoor, especially hunting and fishing. He could always be found “tinkering” in his garage, working on an antique car or spending time with his dogs. He was also a longtime Harley Davidson owner.
Harry will always be remembered for his big smile and genuine heart. He was always willing to give a helping hand to anyone in need, a true friend to all.
Along with his wife, Susan (Berlew) Jones, he is also survived by his children, Heather Tecson and husband Zeus of Felton, DE and Todd Jones and wife Amy of Liberty, N.C.; his sister, Karen Horger of Moosic; a very proud “popa” to his nine grandchildren, Drew Dellert of VA, Emmalee Hesterman of SC, Zenaleigh, Xyla, Xzyr and ZuriEloa Tecson of DE, Tyler, Christian and Carson Jones of N.C.; and nieces and nephews.
He was also preceded in death by a brother, David Jones, and a sister, Norma Kleback Maciborski.
A celebration of life at the Thomas P. Kearney Funeral Home, Inc., 517 North Main Street, Old Forge will be private.
In lieu of flowers, memorial contributions may be made in Harry’s name to the Nemours/Alfred I. duPont Hospital for Children c/o 1600 Rockland Road, Wilmington, DE 19803.