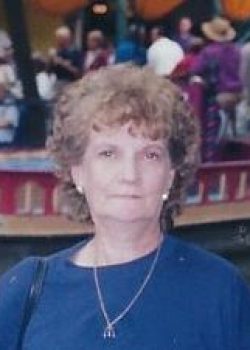 Dorothy (Zielinski) Warunek, age 74 and a longtime resident of the Austin Heights section of Old Forge, passed away Sunday at Allied Hospice in Scranton after an illness. She is survived by her beloved husband and traveling partner, Walter Warunek. Wed on August 3, 1968, the couple recently celebrated their 53rd anniversary.
Born on November 8, 1946 and raised in Duryea, Dorothy was the daughter of the late Joseph A. and Matilda (Truskowski) Zielinski. A graduate of Old Forge High School, Class of 1964, Dorothy also attended Lackawanna College Business School. She ultimately became a licensed beautician after graduation from beauty school.
Upon beginning her family, she worked as a clerk for the former McDonald’s in Moosic for 25 years prior to spending another 15 years at Arby’s in Dupont prior to her retirement. Adored by her customers, she was a familiar face at each franchise while genuinely enjoying her work and the people she served.
With Walter by her side, Dorothy loved traveling. From several cruises to visiting cities across the United States, the couple was often on the go. She enjoyed the theater, trips to the casino and shopping, of course. Above all else though came her family whom meant the world to her. She’ll be forever missed by her loved ones.
Of Roman Catholic faith, she was a member of Prince of Peace Parish in Old Forge.
She is also survived by her children, Kimberly Nanfeldt and husband Chris of Jessup and Brian Warunek and fiance Stacie of Pittston Twp.; her grandchildren, Brent Ross, Beyon McLean and Christian Nanfeldt; and two aunts, Clara Zielinski and Irene McCarthy.
Her family would like to acknowledge and thank both Dr. Guy Fasciana as well as the entire staff of Allied Hospice for their exceptional care.
Funeral services are scheduled to begin on Thursday at 9:15 AM from the Thomas P. Kearney Funeral Home, Inc., 517 North Main Street, Old Forge, with a 10:00 AM Mass of Christian Burial at St. Mary of the Assumption Church, Prince of Peace Parish in Old Forge, to be celebrated by Rev. August A. Ricciardi, Pastor. Burial will follow at St. Stanislaus Cemetery, Old Forge.
Family and friends may pay their respects on Wednesday between 4-7:00 PM at the funeral home.