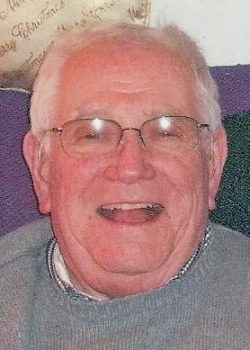 Charles (Charlie) Martin Ferner, 89, of Mountaintop, got his wings on Sunday June 27, 2021.
Born in New Jersey on September 15th 1931, he was the son of the late Martin C. Ferner and Anna Ferner.
Charlie graduated from Totowa High School in 1949 and went on serve his country by joining the United States Navy. After his tour of duty, Charlie met the love of his life, Beverly McCarthy who he married on April 19th 1958. Charlie was able to support his family and Major in Business and obtain his Degree from Fairleigh Dickinson University in New Jersey.
After Graduating, Charlie accepted a position with Sandvik Steel and moved his family to Clarks Summit, Pa. and eventually transferred with Sandvik to Sunny California. There they enjoyed the ocean, trips to Mexico, and dining on lobster dinners.
Charlie was employed by Sandvik Steel, until his retirement, at which time he came back to Pennsylvania where he built a lovely home with wife Beverly. Charlie loved to work in his garden. He enjoyed many happy days working out in the yard mowing, planting, and pruning.
Charlies’ joys in life were lovingly tending his garden, going out for lunch or dinner with his wife. Charlie also found great joy in having the companionship of dogs, most especially Australian Terriers.
He was preceded in death by his beloved wife Beverly and his daughter in law, Robyn Lynn Ferner, (beloved wife of Christopher Ferner).
After Beverly passed away, Charlie eventually moved into an assisted living apartment where he was able to enjoy his later years worry free. Charlie built many friendships with the other residents in his apartment complex. He most definitely earned his title of charming Charlie. He had a special smile that went right up to the twinkle in his eye. Charlie brought joy to everyone around him. He was able to continue gardening by using a raised bed that he could see from his window. He and his daughter Mary struck up a friendship with Lorraine and her mother Ruthie who lived at the same complex. The foursome spent many happy times playing cards and whiling away the days in love and joy.
While enjoying his retirement years, Charlie was able to continue his love of dining out with his ever faithful children, Mary and Chris who spent many happy days with Their daddy enjoying social events, dinner outings, and much laughter. Every day was a day to be celebrated for Charlie and his children.
Charlie also began taking art lessons from a family friend, Walt. With Walt’s help and guidance, Charlie completed and entered many of his works at the Bloomsburg Fair where he often won a ribbon.
Just before Covid hit Charlie moved to Gino J. Merli Veterans’ Center located in downtown Scranton, Pa. Charlie enjoyed the company of Veterans such as himself. During Covid Charlie had to learn a new way to see his loved ones and bring some joy to his family who missed him terribly: ZOOM. These virtual visits were not perfect but Charlie was able to see and laugh with his beloved and faithful children.
Surviving are his three children; Mr. Christopher Logan Ferner, Mary Therese Ferner Barrett and husband Joseph, and Dr. Timothy Ferner (Lieutenant Colonel U.S.A.F. Retired). Along with his wife, Elizabeth and grandchildren, Liam & Matthew.
Charlies favorite saying was “Carpe Diem!” Latin for Seize the day!
A celebration of Charlie’s life will be held on Saturday at noon in the Thomas P. Kearney Funeral Home, located at 517 N Main St. Old Forge, with military honors by the AMVET Honor Guard. Family and friends may pay their respects on Saturday from 10:00 AM until services.