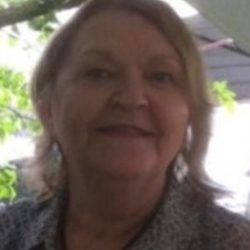 Betty Lou (Burnside) Stevens, age 73 of Moosic, passed away Tuesday at home. She is survived by her loving husband, Laurence “Larry” Stevens. The couple would have celebrated a 10th wedding anniversary in September.
Born in Scranton on October 29, 1945, and daughter of the late Raymond and Ada Williams Burnside, Betty Lou was educated at Old Forge High School. Prior to her retirement, she worked as a home health care aide.
A former member of the Nebo Congregational Church, Betty Lou was currently a member of the Stewart United Methodist Church in Old Forge. She was an excellent cook and an amazing wife, mother, grandmother, sister, relative and friend who will be forever missed. She’ll always be remembered for her caring ways and concerning nature, serving as the first one you’d turn to if ever in need.
She is also survived by her adoring sons, Sean Lyons of Kingston and Michael Lyons of Scranton; a sister, Joan Sabatelli of Florida; and grandchildren, great-grandchildren and nieces and nephews.
She was also preceded in death by an infant daughter, Melanie; and a sister, Faye Grabowski.
Funeral services by Rev. Dr. Michael Shambora are scheduled for Saturday at 10:00AM at the Thomas P. Kearney Funeral Home, Inc., 517 North Main Street in Old Forge. Burial will follow at Fairview Memorial Park, Elmhurst Twp.
Relatives and friends may pay their respects on Friday between 4-7:00PM and Saturday from 9:00AM until services at the funeral home.